One of the greatest minds of all time, Albert Einstein, has once said that “The world is a dangerous place not because of those who do evil, but because of those who look on and do nothing”, this way underlining the importance of active participation in processes that are taking place around you. I personally strongly agree with Einstein’s position.


First of all, bad people are never a majority. At least those who actively try to harm others. The nazis were not a majority of the population - just like the bolsheviks. There were people resisting them, but there was not enough of those people. If more people fought against those groups that took the world to World War II, probably the history would have been totally different. However, there were a lot of people who were just looking and doing nothing and this opened the door for evil.


Moreover, passive people let the others decide for them. They simply put their lives into the hands of other people who are doing something about the things that are happening somewhere near. For instance, if one does not vote in the elections and makes the decision not to get involved, he or she may actually contribute to the victory of some evil power in those elections. For example, in the German federal election in 1933 there were only about 70 percent of the population that voted. The rest 30 percent may have changed the results. Maybe they did not even like the nazis. Nonetheless, those people did nothing and they have let the other citizens decide who is going to have an impact on the lives of the whole population (including that 30 percent) for more than the next decade.


In conclusion, it is the passive majority that makes the world an unsafe place to live. This is the case because bad people are almost never an overall majority, but people who do nothing and let someone else decide for them actually give a permission for evil people to do evil things.

Young people should remember  history.
Do you agree or disagree? 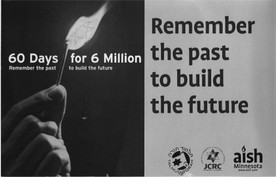 It is generally accepted that  history is a very essential part of the present. Nevertheless,a lot of young people nowadays tend to say that history is a very ininteresting or even boring subject which should not get so much attention.
I would not go along with that because I think the youth ought to remember the past.

To start with, history is a diary of mistakes of the whole humanity. If we did not know  history, we would repeat the same wrong things without thinking about how bad they are. For instance, people are now in fear of massive wars because they know what happened during WWI and WWII.

Then , history is a great teacher for everyone. There are many widely known stories of people who changed something and managed to "get into" the pages of history.This may be a very good example for anyone. What is more, the authority and motivation are especially essential for the youth to keep on going.

To conclude, young people should remember the past of humanity.The mistakes people made centuries ago might seem old but still should not be repeated. 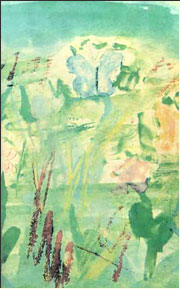 To know history is good, because you can do better than someone did in the past. However, in history  some facts  are very cruel. So should young people remember history? There are some arguments why they have to rememeber.

First of all, many facts in history are cruel and young people should remember these facts. History facts help young people to be better persons. Also,it is good to know history, because it is lecture. You have to seek to become a better person, than  Hitler or Stalin were.

Secondly, I think that young people are crazy and they do not value what they have now. Family, home, school, friends, food... Some people in the past did not have anything like that. From some people everything was taken or they were taken to concentration camps.

In conclusion, history facts are very important for young people. They should remember history and seek to be better persons and create better place to live.7 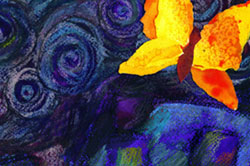 History is extremely important to people, it says a lot about the past, about the events that changed the world. History is one of the most important subjects at school. Here are couple of reasons, why young people should know history.
First of all, every country has a history of its own, how it was created, what events occurred during that time period. Every student should know history of its own country. To understand that someone had to risk their lives to free the country and that you should be thankful to someone for it. That way younger people would be more patriotic and they would care more about their country.
Secondly, history is a great teacher. There were many in the past, many documents were signed that took plenty of lives or made them miserably. These events teach young people that it is pointless to start wars. It also shows mistakes that cost so many lives of innocent people. Only history can teach young minds to create a better place to live for every single person.
All in all, it is an essential thing for students to know history. For younger people it is harder to understand values of life that is why history allows students to live through those rough times, which happened years ago.